Thanks to KOTA for coming in today!

KOTA News was in the gym today!

Check out the story and video here!

(thanks to KOTA for the text below)

But for one man in Rapid City, he is one of the few in the state to earn a black belt in Brazilian Jiu-Jitsu, a martial art that focuses on ground fighting.

Jeremy Schunneman spent the last 15 years training for his black belt and received it only a few weeks ago.

Schunneman says there are less than 10 people in the state to earn this honor because it takes a lot of time to train and perfect the moves.

He opened the Black Hills Brazilian Jiu-Jitsu Academy in Rapid City only a few years ago to pass on what he has learned.

Already their team has competed against and beat teams from all over the nation.

As this sport slowly gains popularity in the Midwest, Schunneman says he hopes people give it a chance.

“You know obviously it was a dream as a kid to be able to put on a gi {the kimono worn during martial arts} and do it for a living and if this sport didn’t grow, I don’t think it would be feasible,” said Schunneman. “And just watching what jiu-jitsu does for people and their lives. I think that people find their potential training through jiu-jitsu.” 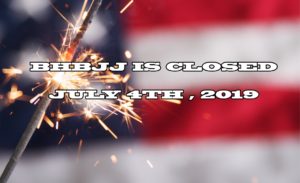